Darn, it seems like either blogging or sewing should get easier, but neither does. I have chronic life long depression I stopped treating more than a decade ago, perhaps that has something to do with it. Maybe it’s situational, as I’ve had keyboard issues seem to pop up too quickly with my electronics the last three years (letter a always being an issue!). We won’t even go into my issues with photography. As for sewing, there is my steadily growing obesity (fitting issues, design choices) AND shrinking free time. I’ve been taking on more responsibility with my grandson. He’s developmentally between 12 and 24 months but in a four year old’s body, able to see and reach anything on a counter. No dedicated sewing time with simultaneous Jed time. I still manage some sewing, and I like to think I’m improving at what the late, great Nancy Zieman called “sewing in 10, 20, 30 minutes”. While I love to go full steam on a project and finish in one or two sittings, I’m finally appreciating that you CAN get a project done before you are sick to death of it if you just work on it a few minutes over several days. You have to keep it organized and only pull out a limited number of supplies for the part of the project you are working on. I might skip clearing the cutting table and ironing board and only stitch (at my house surfaces call stray items like a cat lady calls cats). I might only iron/press, because 6 minutes is all I have to spare unless I’m giving up sleep, which I am not. Anyway, onward to sewing. 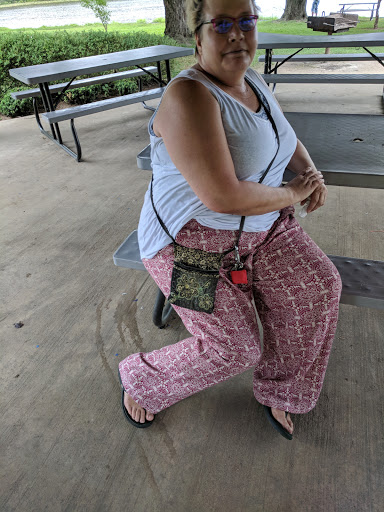 I did not get as much done as I wanted, but I did complete the vogue trousers. Strange, they look much less like the pattern envelope and much more like my nursing uniform pants. That said, they are pretty comfy. I did my standard adding 1” to the front and back rise, after measuring the pattern, and still it came out to too much and I had to eliminate some at the waistband seam. I also gave myself extra girth and it turned out to be too much (in my opinion) to use a zipper with. This was after I inserted the zip TWICE to get a perfect invisible zip. I tried them on, they are supposed to have a partial elasticized waist so I expected some ease. There was enough ease that going to the trouble of finishing the waistband seemed silly, I pulled out the zip again and sewed up the seam, sewed in elastic to hold all that heavy linen up and called it a day. I like them all right, but I believe this is home dec linen. It’s a little scratchy and as mentioned rather heavy. They drape and swing, the pattern matching was fair. I would love to sew these up again in a lightweight woolen suiting with the contrast insert. God knows where I would wear such fancy pants to. A nice restaurant maybe? 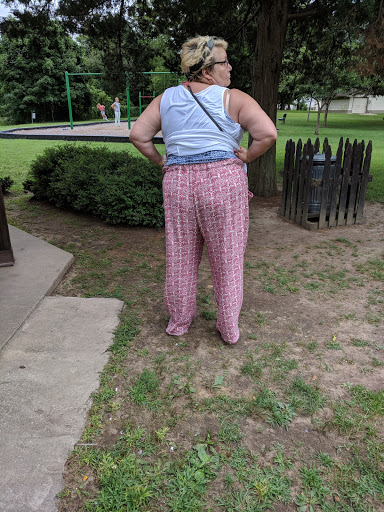 Standing, its kind of obvious the pants are pretty big. I was fighting too tight and too short and I believe I fought too hard! 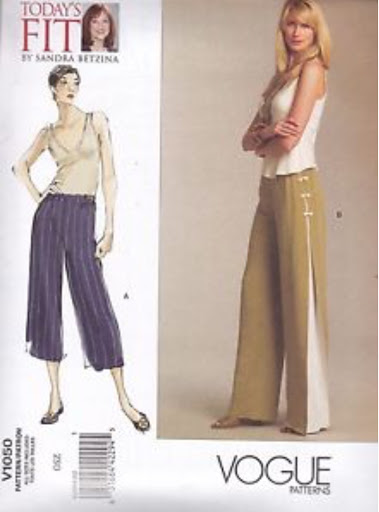 The designer is one of the best fit instructors in todays sewing industry, so I was expecting better. I think if I make them again I’ll have better success. I really do want that contrast pleat in the side. 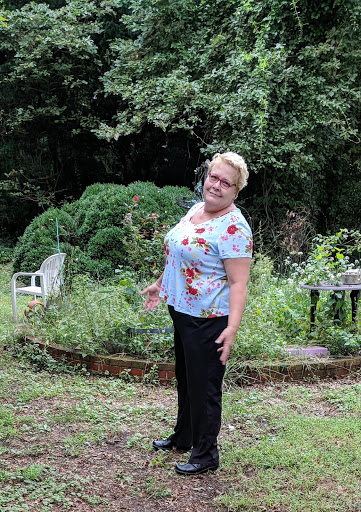 I also tried out LoveNotions classic t shirt pattern. The pattern was free after following on facebook. It comes with a second front piece with a full bust adjustment already done. My fabric was a gorgeous but very thin and stretchy Japanese print I bought sometime back, perhaps from Girl Charlie? It has poor recovery and is just more limp than I like. The top is probably a good 4 to 6 inches shorter than I like as well. I am 5’11” and it’s probably drafted for someone at least 5” shorter than I am. I was grateful for the free pattern, which I’ll use again, so I bought some patterns during a sale. Another good sale came along and I bought more. Now I have about 8 of their patterns (some for kids) and I’m happy about that. They are the easiest pdf patterns I’ve ever put together. Even needing alterations, they seem to be a good choice for my body type. I made a rough muslin of their cigarette pants (no photos, you are spared!) the Sabrina Slims, and like those. The instructions are simple and clear, and the facebook group gives really fast feedback and advise to anyone with a question while sewing. I’m writing tonight on an I pad using Blogpad Pro app. I think I finally figured it out, hurrah! Ive been working on some other projects  I probably would have already blogged about except I was having fits using the i pad and didn't want to pack the laptop just to blog. I’m hoping to be more productive soon.
Posted by BarbaraShowell at 4:27 AM